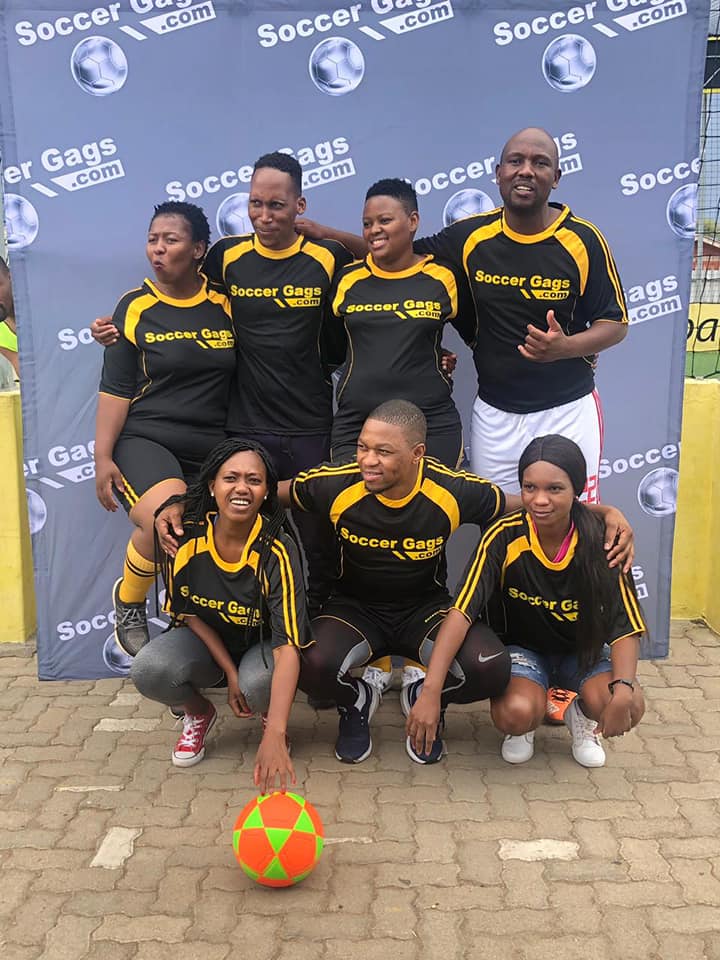 During the 4 team tournament played in the recent Year End Function in Botswana, the most feared team (see picture above) was the only team that played according to the rules. The KC team had a good gender balance throughout the tournament and played fair unlike the other 3 teams. The self-proclaimed Champions of 2018 aka Hurricanes are controversial cheats and should have been disqualified for using unregistered foreign player. I therefore call for the highest decision body to investigate the Hurricanes and the referee that officiated the finals of the Soccergags 2018.