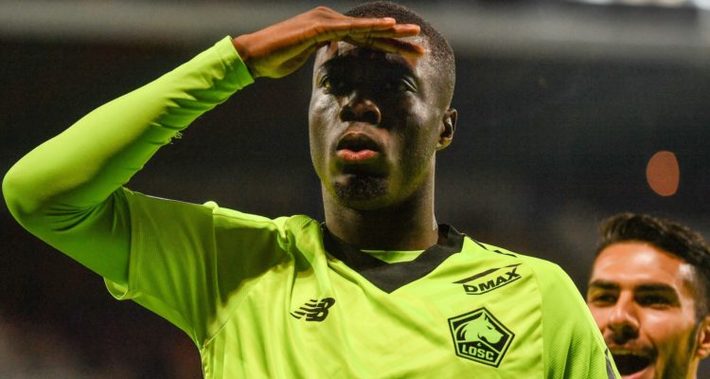 With the 2019 Africa Cup of Nations scheduled to hit our shores from 21 June 2019, SoccerGags.com is looking at players who are destined to cause havoc at Africa’s prestige tournament. First on the list is the Ivory Coast’s sensational winger Nicolas Pepe. He is a left footed player who enjoys playing from the right flank, slashing his opponents with his trickling skills before providing killer crosses to his teammates.

Pepe who just turned 24 on 29th of May 2019 has made 41 appearances for the French outfit Lille, scoring 23 goals and providing 12 assists in all competitions of the 2018/19 season. It came as no surprise that his name was thrown into the National Union of Professional Footballers League 1 Team of the Year and this makes him one player to watch at the AFCON 2019.

He already has 4 goals to his name for the Ivory Coast in 11 appearances, with the last of his international goals coming through against Rwanda on 23 March 2019 at the 2019 AFCON Qualifier. Nicolas Pepe is now in the wanted list of bigger European clubs with the recently crowned UEFA Champions League Winners Liverpool leading the battle for his name.