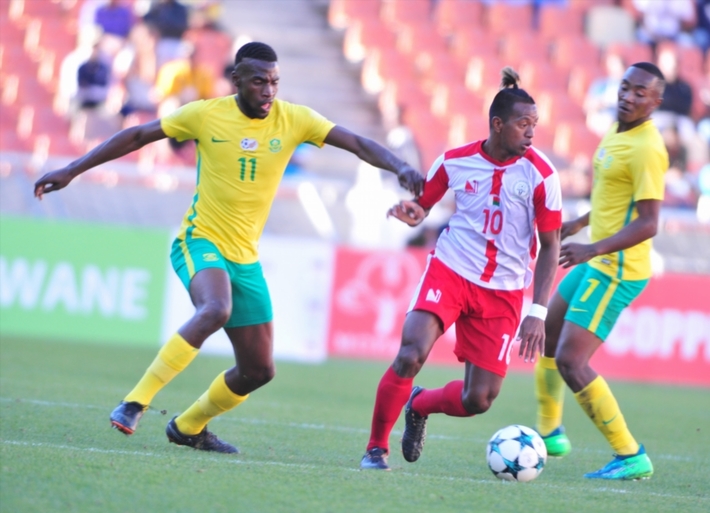 Our attention takes us out to an island nation named Madagascar where we meet a midfield anchor who goes by the name Andriamirado Andrianarimanana, simply known as Dax. One could be forgiven for asking why are we mentioning Madagascar and AFCON in the same sentence? Well, the story is short and sweet, drawn in a group qualifier alongside Senegal, Sudan and Equatorial Guinea Madagascar triumphed by becoming the first nation to qualify for the AFCON 2019 which will also become their first ever appearance at Africa’s premier tournament. Credit to this historic achievement, among others is their key-man Dax.

The 28 year old Dax’s outstanding performance in the 2018 COSAFA Cup not only earned him Player of the Tournament accolade but also earned him a move to one of South Africa’s biggest clubs Kaizer Chiefs where he has just completed his first season with the club. Those who have seen him in operation fully concur that he is a kind of a box-to-box midfielder who plays immediately in front of the defenders and whose main job is to stop the opponents' attacks before they reach the defence with his usually well calculated tackles. He is also creative in launching and joining in on attacks by providing numerous assists.

Andriamirado will definitely be a player to watch in AFCON 2019 as he seeks to lead his country beyond group stage in its maiden appearance, and continue on this beautiful Malagasy story. Though he is right footed, his left foot is equally stronger and can be classified as one of those fewer players who use both.