There are no birthdays today 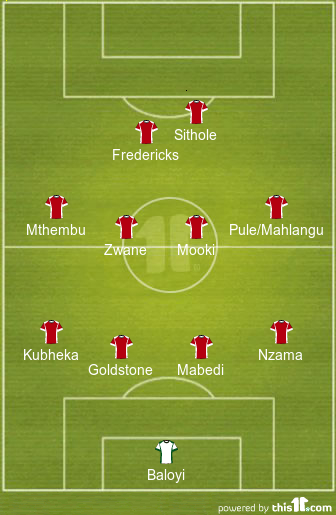 Coached by Muhsin Ertugral, the club went all the way to the final of African Cup Winners' Cup with only 15 players because of their failure to register a new signings plus suspensions.

Luke Jukulile came in for Justice Sithole in the 51st minute whist Doctor Khumalo came in for the defender Gary Goldstone as Muhsin had no other defender to do the work. Having drawn the first of the 2 legged final 1-1 in Luanda, a goal by Patrick Mabedi was enough to take the trophy away from Inter-clube of Angola.

The club went on to be crowned Africa's Club of the year in CAF Awards in 2002. Due to concerns about civil unrest in the opponent's country, Chiefs failed to honour the game and was banned by CAF and this prevented them from defending their cup killing the momentum of dominating African football.

In 2005 the Club returned to Continental football after serving its ban. Chiefs abruptly withdrew from the competition and CAF handed them another ban, this time until 2009